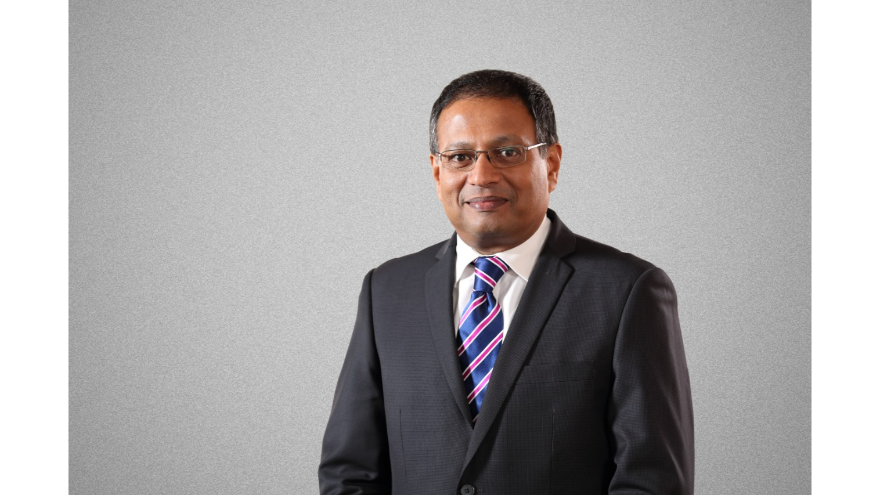 National Development Bank PLC demonstrated resilient performance amidst challenging macro-economic and market conditions, and booked in a pre-tax profit exceeding LKR 5 Bn for the first six month of 2019 [period under review], an increase of 8% over the same period, prior year. Post tax profitability of LKR 2.22 Bn was a drop of 15% over the comparative period, primarily owing to the high taxes, including the newly introduced Debt Repayment Levy.

Income sources performed exceptionally well during the first half of 2019 in the backdrop of reduced economic activity and challenging market conditions. Gross income grew by 22% to LKR 28.9 Bn, whilst total operating income recorded a 14% growth to LKR 11.5 Bn. Net interest income [NII] which contributed to 75% of total operating income grew by an impressive 27% to LKR 8.7 Bn, benefiting from a number of asset and liability management strategies deployed by the Bank. The Bank’s Net Interest Margin for the period under review was 3.36%.

Net fee and commission income grew by 22% to LKR 1.8 Bn benefiting from the increase in business volumes including credit cards, and notably steep uptake of digital financial solutions of the Bank. Net gains from trading, improved by 15% to LKR 676 Mn whilst net gains from financial investments doubled to LKR 2.9 Mn. Other operating income on the other hand was a reduction of 89% down to LKR 101 Mn, predominantly due to the exchange losses incurred on the revaluation of the foreign currency reserves of the Bank, resulting from the appreciation of the Sri Lankan Rupee during early 2019 in comparison to the depreciation of the Sri Lankan Rupee in the comparative period.

Total impairment charges for loans and other losses for the period under review was LKR 1.9 Bn, an increase of 24% over the prior period. Coupled with political uncertainties, the macroeconomic condition of the country continued to be under pressures, with subdued performance across many sectors. This, coupled with SLFRS 9: Financial Instruments accounting standard where the full life term of a loan is considered for impairment in a stressed portfolio, had a cascading effect on the banking sector where loan serviceability was directly impacted as reflected in these higher impairment charges.

NDB has been able to manage the impact on the loan book quality stemming from macro-economic conditions due to its strong risk management initiatives including comprehensive credit evaluation standards, post disbursement follow-ups and underwriting standards. It is also noteworthy that the increase in impairment charges have been on the back of a considerable increase in the gross loan book, which exceeded LKR 19 Bn.

The Bank’s non-performing loan [NPL] ratio, which has been on an upward trend since end 2018 increased to 4.56%, reflective of the wider industry trajectory for NPLs, yet below the industry NPL ratio of 4.8%.

Operating expenses for the six months ended 30 June 2019 was LKR 4.7 Bn, an increase of 18% over the prior period. Personnel expenses [applicable to 2,766 employees as at end June 2019 compared to 2,381 in H1l 2018], comprised the greater portion of total expenses. Depreciation and amortization of LKR 260 Mn saw an increase of 22% over the prior period, driven by investments made by the Bank in the branch network and digital finance infrastructure over the last year. Notable investments are the addition of four new branches including the flagship “phygital” branch – NDB NEOS, relocation of a number of branches and the addition of over 40 cash recycle machines and the replacement of 14 old ATMs with new machines with latest technological features.

The resultant cost to income ratio was 40% for H1 2019 [H1 2018: 39%]. The Bank’s cost to income ratio will largely benefit in the future from the internal operational efficiencies that the Bank is experiencing, through the deployment of digital technology, process improvements using lean six sigma and automations.

Taxes on financial services and debt repayment levy applicable for the period under review was LKR 1,532 Mn, whilst the income tax on profits was LKR 1,256 Mn. Total taxes led to an effective tax rate of 56%, compared with 43% in H1 2018, primarily driven up by the Debt Repayment Levy introduced in October 2018 and cessation of tax concessions previously enjoyed by the banking sector, under the new Inland Revenue Act which came in to effect from 01 April 2018.

Balance sheet growth was moderated yet maintained at healthy levels within the prevailing economic conditions and in line with the Bank’s internal growth targets. Accordingly, total assets grew by 4% over the end December 2018 position to reach LKR 490.2 Bn. Within total assets, gross loans and advances to customers grew by 5% to LKR 372 Mn which translated to an impressive quantum growth of LKR 19 Bn. On an year on year [YoY] basis, i.e. from 30 June 2018 to 30 June 2019, the loan book grew by 21% which is a quantum increase of LKR 66 Bn.

The loan book growth was facilitated by the performance of all business segments, especially the Retail and SME sectors where much strategic focus was placed. Credit cards had the highest growth rate at 37%, affirming the strong market presence and customer acceptance of the NDB Good Life Credit Card.

Deposits, continued the slow growth demonstrated from the beginning of the year, and recorded a moderate growth of 2% over end December 2019, to reach LKR 355 Bn. Whilst the Bank experienced its granular CASA portfolio from its branch network growing at a steady pace, a few large CASA deposits, especially in foreign currency, indicated an outflow resulting in a contraction in the CASA portfolio during the six months. The cap on deposit interest rates introduced by the Central Bank of Sri Lanka with a bid to reduce lending rates and enhance the credit flow to the economy also have contributed towards the slowdown in the deposits growth, as customers resort to alternate investment options yielding higher returns over bank savings. On a YoY basis, deposits grew by 19%, which was an equivalent of LKR 57.4 Bn.

In March 2019 the Bank issued 50 Mn Basel III compliant, listed rated unsecured and subordinated debentures with a par value of LKR 100/- and a tenor of five years in March 2019, which was oversubscribed, and raised LKR 5.561 Bn to strengthen the Bank’s Tier II capital base.

Capital augmentation plans are underway at the Bank, particularly to meet the escalated capital requirements, once the Bank crosses the LKR 500 Bn total asset base, which is currently defined as  Domestic – Systemically Important Bank status.

The Bank’s Statutory Liquid Asset Ratios for both the Domestic Banking Unit and Off-Shore Banking Unit continued to be in excess of the mandatory requirement of 20%, at 21.17% and 24.82% respectively.

Commenting on the period’s performance, the Group Chief Executive Officer of NDB, Mr. Dimantha Seneviratne stated that the Bank has performed well under trying circumstances where all industries, including the banking sector have faced many challenges in the present economic context.

The challenge is deepened for the banking sector, as it bears the brunt of the impaired loan serviceability stemming from all industries and the additional tax introduced late last year. However, with Group synergies in place with capital markets and share activities picking, these should nullify certain downside impacts as we move forward.

The banks have a critical role to play at this juncture, as the country is on an uphill economic revival in the aftermath of several quarters of low growth, political uncertainties and recent events. In a low growth scenario, the Management concentrated on deploying the inhouse capabilities, efficient systems, processes, etc., that should benefit us.

NDB is celebrating its 40th anniversary this year, we will continue to contribute our very best to the country and its people, drawing strength from the vast and dynamic exposures NDB has had as a premier banking institution in the country over the past four decades, he further mentioned.