NDB Ties up with WNPS to Educate Children on Nature Conservation 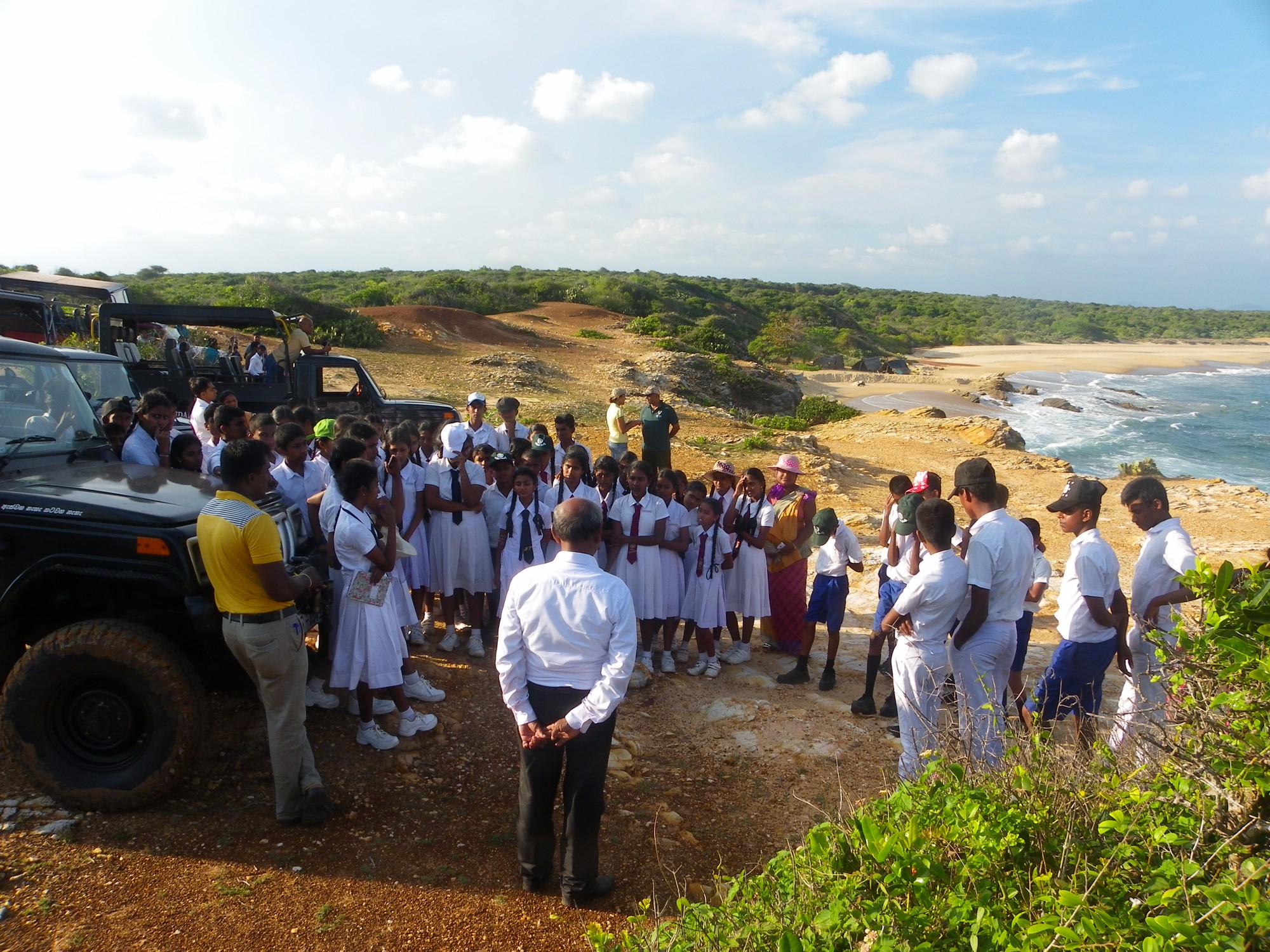 NDB – along with the youth wing of the Wildlife & Nature Protection Society (WNPS) recently conducted a number of programmes to increase awareness of Nature and the natural world among students in various schools.

Children are the future, most importantly for the future existence of the Natural World as we know it today.  There have been no ‘good old days’ in the history of conservation.  If so, the Earth would not have been in the dire situation it is today with global warming, rampant deforestation, increasing atmospheric, terrestrial and marine pollution, and unrestrained extraction of natural resources.  Denuded, degraded and desperate, the Earth is beginning to restore her equilibrium in her own way, a route that may be disastrous for the future of the human race.  Droughts and deluges, earthquakes and eruptions have already increased in frequency.  Unless we, as a species, learn to undo the damage we have done, and begin to redress our wrongs, then the days of our assumed dominance on this planet may be numbered.

It is, perhaps, because they are faced with this bleak reality and, thanks to the Internet, have access to sources of knowledge far greater than any generation before, that young people today have a profound awareness of the need to conserve the environment, wildlife and the natural eco-systems of the planet.  This gives great hope for the future.  The task of their elders is to preserve enough of it for them to conserve, protect and grow for the future health of themselves, and of the Earth.

The aim of this project, launched by WNPS and sponsored by NDB, is to interact with schools, both in Colombo and beyond; to work with the students and teachers on specific conservation projects.  This would, hopefully, be through their existing environmental / wildlife societies, if they have them.  If not, the WNPS would assist them in the setting up such a society in the school.

In addition, where possible, the WNPS would organise a field trip for a selected group of students from these societies to visit a National Park, Forest Reserve or other place of conservation importance as for some, this would be their first experience of the ‘wild’.

In line with the Bank’s corporate social responsibility agenda, NDB pledged funds for the enablement of such programmes in a minimum of 18 such schools where at least six of the schools chosen will be out of Colombo, in areas subject to human – animal conflict.

The project was launched on the 16th of March at the Hambantota / Abhayapura Junior School, Lunugamvehera and the Hambantota / Vidyartha College, Weerawila.  The response from the children was astounding.  Living in areas that are prone to human – animal conflicts they, nevertheless, had an impressive understanding of the causes of these confrontations, were sympathetic to the needs of the animals concerned, and were enthusiastic about the possible solutions available to them.  They both had active environmental societies who were involved in dynamic projects of their own.  At the Vidyartha Vidyalaya, in particular, each child in the society had adopted a sapling and were responsible for its care.  In addition, they had developed an organic composting system, bagging and selling the final product to earn funds for their school’s other environmental activities.  When asked about the present essential needs of the school, they unhesitatingly referred to the necessity for a tube well so that their precious saplings could be watered during the drought too.  Conservation was foremost in their minds!  An important factor in both schools was the energy and enthusiasm of the two Principals and Teachers-in-Charge who were active drivers of these societies and of their projects.

A selection of the students from both schools, 69 in all, along with the two Principals and a selection of teachers (11 jeep loads) were taken to the Bundala National Park, for the first time for many.  The park obliged them with close viewings of elephants, a myriad birds, bustling troupes of monkeys, gargantuan crocodiles and even turtles, viewed from the cliffs at Pathiraja Point.

The Department of Wildlife Conservation (DWC), too, made important contribution to the whole experience by allocating a seasoned Ranger to accompany the children in the Park.  He shared of his knowledge and experience with them of the wealth of the Park’s fauna and flora, and gave them essential lessons in keeping it pristine, especially when a couple of children disposed of their toffee wrappers from out of one of the jeeps.  It is something they will not do again, not through fear, but by understanding.

If any schools wish to partake in this programme, they can apply by contacting the Head Office of the WNPS by email on wnps@sltnet.lk or by calling 0112887390.  Programmes can be conducted in all three (3) languages.

NDB remains dedicated to bringing its customers one step closer to accomplishing their life long ambitions and uplifting their standards of living through the range of services that is accessible through its growing branch network. Further details on NDB’s many products can be obtained from its 24 hour Call Centre, by calling 011 2448888, visiting the nearest NDB branch or by visiting NDB Bank’s website on www.ndbbank.com.