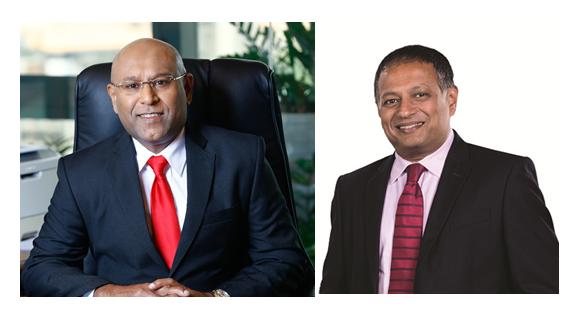 National Development Bank PLC recorded a pre-tax profit of LKR 3.0 Bn for Q1 2019 ended 31 March 2019, a growth of 9% over Q1 2018. The Bank’s profit after tax of LKR 1.4 Bn was however, a 12% decline over LKR 1.6 Bn reported for the comparative period, due to higher taxes including the new Debt Repayment Levy and the impact from exchange losses incurred on the revaluation of the foreign currency reserves of the Bank. The reported results are largely reflective of the subdued macroeconomic and industry conditions experienced during the first quarter of the year.

Commenting on the quarter’s performance, the Group Chief Executive Officer of NDB Bank - Mr. Dimantha Seneviratne mentioned that, the Bank saw a moderation in growth having accounted for the prevailing economic conditions and the industrywide trends in escalating NPLs. Hence the Bank’s growth has been calibrated to match such conditions, and taken a cautious approach with sound risk management and credit underwriting practices, to ensure healthy and sustainable growth.

He also mentioned that NDB will focus on considerable internal integration during the year, wherein investments are planned in the core banking system as well as digital banking capabilities. The Bank is also evaluating internal processes to introduce business process re-engineering [BPR] solutions to achieve leaner, speedier and more cost effective processes, with the ultimate intentions of achieving cost efficiencies and an enhanced customer experience. The Bank will also focus on further strengthening the capital base via the infusion of both equity and debt capital, the effects of all of which will place NDB on  a robust launch pad to achieve accelerated growth in 2020 and beyond, he further commented.

Gross income recorded an 18% growth to LKR 14.1 Bn from LKR 11.9 Bn in the corresponding quarter. Total operating income was LKR 6.0 Bn, and was strengthened by the robust growth in net interest income [NII] as well as net fee and commission income. NII was LKR 4.7 Bn for the quarter under review, an increase of 39% year-on-year [YoY]. Within NII, interest income grew by 29%, and interest expense increased by 24%. The Bank’s Net Interest Margin [NIM] was 3.41%, compared to 3.49% in Q1 2018. The high rates offered on deposits, particularly time deposits by both banks and non-banking financial institutions have resulted in higher interest costs. This is however expected to ease out with the measures taken by the Central Bank of Sri Lanka to introduce a cap on deposit interest rates.

Net fee and commission income grew by 22% to LKR 864 Mn YoY, due to the expansion of fee generating business activities and volume growths. The Bank’s net gains from financial investments was LKR 62 Mn and was a decline of 77% over the prior period due to the higher gains earned during the corresponding period. Other operating income also was contained to LKR 44 Mn, given the exchange losses incurred on the revaluation of the foreign currency reserves of the Bank, due to the appreciation of the Sri Lankan Rupee in Q1 2019.

Total operating expenses increased by 16% to LKR 2.2 Bn in Q1 2019. Personnel expenses increased by 14% to LKR 1.2 Bn, reflecting the increase in the staff base over the year, mainly to support business expansions [Staff base: Q1 2018 - 2,331; Q1 2019 – 2,652]. Depreciation and amortization increased by 30% to LKR 137 Mn, in line with the large investment initiatives taken by the Bank, in expanding the branch network and enhancing digital offerings for a better customer experience. The branch network expanded from 107 in Q1 2018 to 110 in Q1 2019, including NDB NEOS, the fully digitized branch of NDB, whilst the Cash Recycle Machine network increased from 4 to 35 respectively.

Amidst such expenditure, the cost to income ratio improved to 37.28% for the period under review from 39.34% in end 2018, and is expected to remain at similar levels due to enhancement in revenue, and process and cost efficiencies expected as a result of the Bank-wide BPR initiatives being carried out.

The Impairment charge for the quarter ended 31 March 2019 was LKR 842 Mn, compared with LKR 800 Mn of Q1 2018. The Bank is mindful of the stresses experienced in the industry and is continuously reviewing the collection and recovery processes to minimize the high impairment loss effect to the Bank.

On the funding side, customer deposits reached LKR 351 Bn, with a moderated YTD growth of 1% [equivalent to LKR 3.5 Bn] and a year-on-year growth of 24%.

As a part of the Bank’s capital augmentation plans, to meet the enhanced capital adequacy levels under Basel II guidelines, and to support the Bank’s growing franchise, the Bank issued 50 Mn Basel III compliant, listed rated unsecured and subordinated debentures with a par value of LKR 100/- and a tenor of five years in March 2019, which was oversubscribed, and raised LKR 5.561 Bn as Tier II capital.

The Tier 1 and total capital adequacy ratios of the Bank as of 31 March 2019 [minimum requirements of which are 8.5% and 12.5%] were 9.34% and 14.40% respectively.  The same ratios for the NDB Group were 10.61% 15.39%, affirming NDB’s strong capital position. In February 2019, Fitch Ratings Lanka Limited affirmed NDB’s credit rating at A+, whilst the Outlook was revised from Stable to Negative, given continuous pressure on capitalization. The Bank’s capital augmentation plan, which is a key strategic priority is currently underway, and will ensure the infusion of sound equity and debt capital to further strengthen the overall capital position.

NDB is on the trajectory to attain the status of a Domestic – Systemically important Bank in Sri Lanka with an asset base of LKR 500 Bn, under the midterm strategy – Transformation 2020. There is clear indication that the Bank will achieve this goal well before the set timeline of 2020.