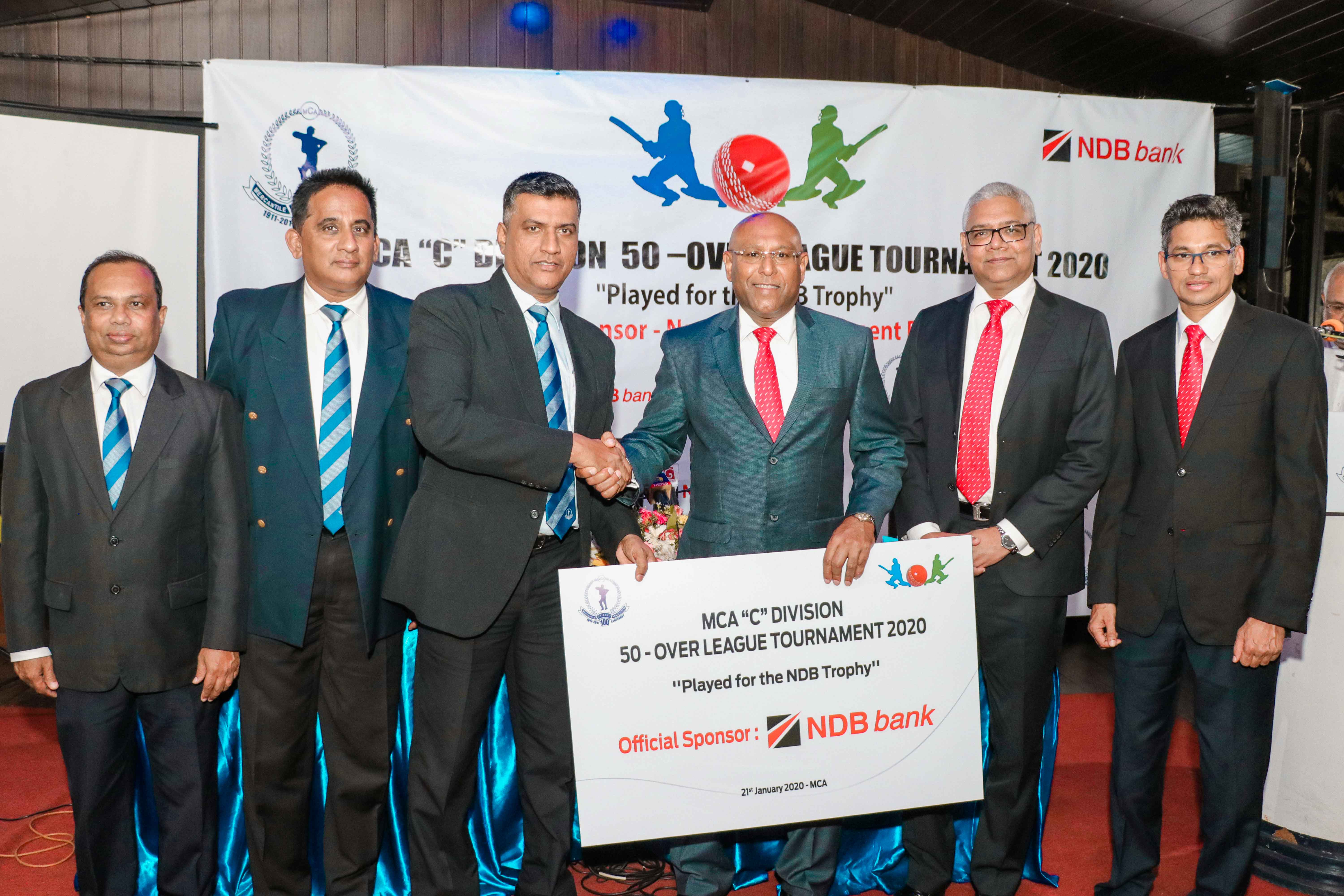 The tournament for the 3rd year around will be conducted with all the pharafanalia used for a One Day International with the “NDB” Trophy being presented to the ultimate winner.

NDB has been working closely with the MCA for the past 25 years, with the Bank’s own cricket team playing at the venue and participating in tournaments.

As In the past few years this year too, the MCA will conduct it’s highly successful MCA 50 over cricket tournament for the selected firms with almost 300 players billed to take part. The total number of teams expected to participate is 12 (Twelve). The tournament is scheduled to commence in 03rd Week of January 2020, will be staged at some of the leading top level venues in the country including the MCA. The Mercantile Cricket Association has arranged Trophies to be given to Winners, Runner Up, Best Batsman, Best Bowler and the Most Valuable Player (Player of the Tournament) of the tournaments. In addition players of the champions & Runners up teams will be given certificates.

NDB Bank, which is the first and to date the only corporate in Sri Lanka to officially be certified with EDGE Certification (Economic Dividend for Gender Equality) is a premier retail Bank with over 112 branches across the island, serving millions of Sri Lankans through a host of financial services. From its inception, the NDB Group which includes NDB Bank, NDB Capital, NDB Investment Banking, NDB Wealth, and NDB Securities has been a catalyst in the development of the nation, strengthening and empowering entrepreneurs, corporates and individuals from all strata of the economy. Customers across all group companies have benefited from the product and service offerings of the NDB Group.