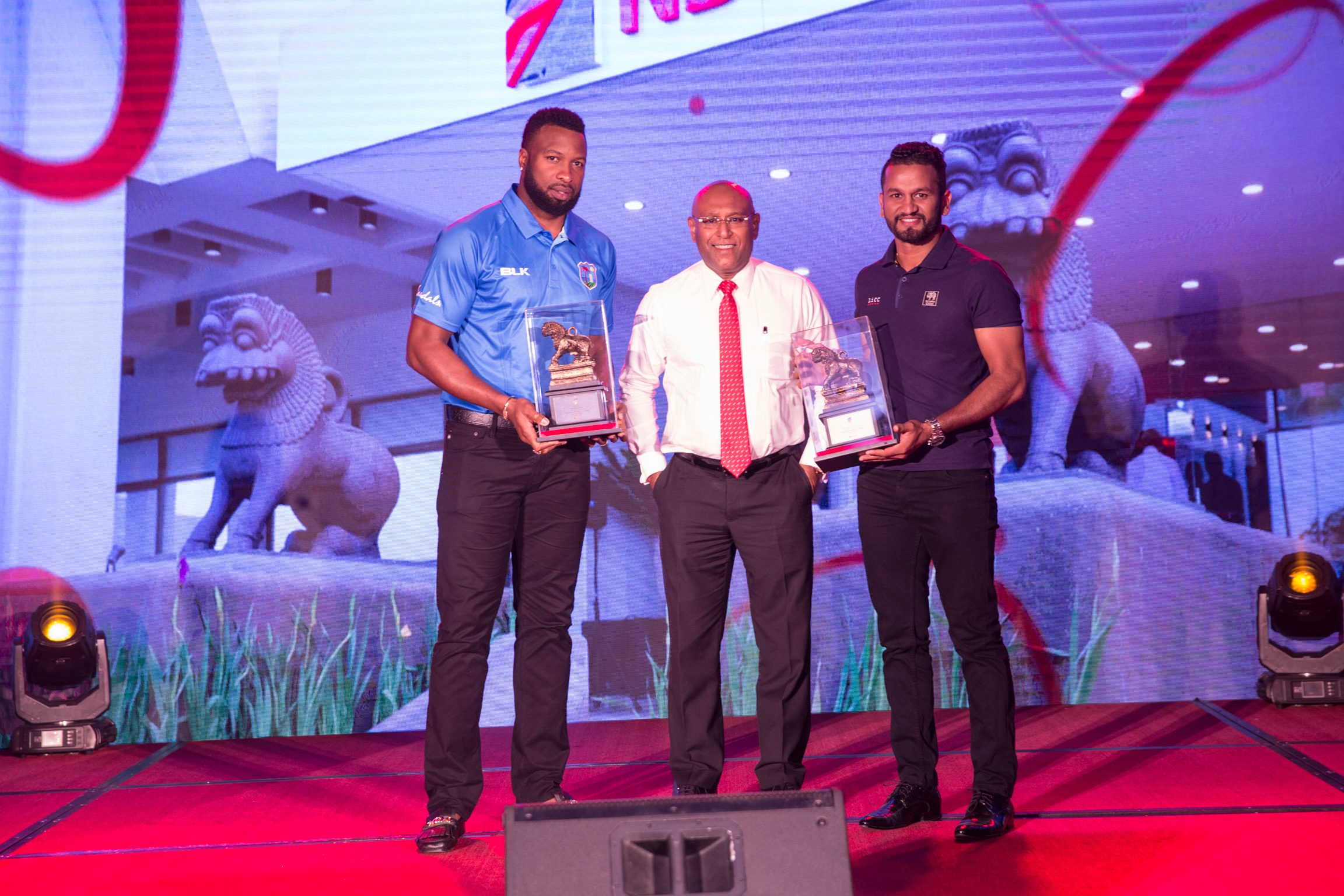 NDB Bank held a night of fellowship and cocktails for the West Indies and Sri Lanka National Cricket Teams.

As the proud title sponsor for the ODI series with the NDB Bank Cup 2020 and the powered by for the T20 series, the Bank’s night of colourful fellowship was graced by both the West Indies Team and Captain Kieron Pollard, the Sri Lanka National Cricket Team and ODI Captain Dimuth Karunaratne, the Sri Lanka Cricket Board as well as the Bank’s Senior Management and Privilege and Corporate customers. The night was graced by cricketers both past and present, as well.

NDB Group CEO Dimantha Seneviratne presented the two Captains a memento of appreciation during the ceremony prior to the fellowship. The mementos were in the shape of the Yapahuwa Lions resembling the same lions that grace the entrance of the NDB Bank Head Office.

NDB has, for the past 40 years, fostered economic development assisting individuals and conglomerates alike, paving their financial futures for the betterment of the country. In continuation of this journey and the Bank’s commitment to their success, this year, one of NDB’s strategic approaches is to focus on supporting and developing sporting activity as a major pillar in brand building endeavors. This will be the first time the Bank is sponsoring an international sports event of this caliber.