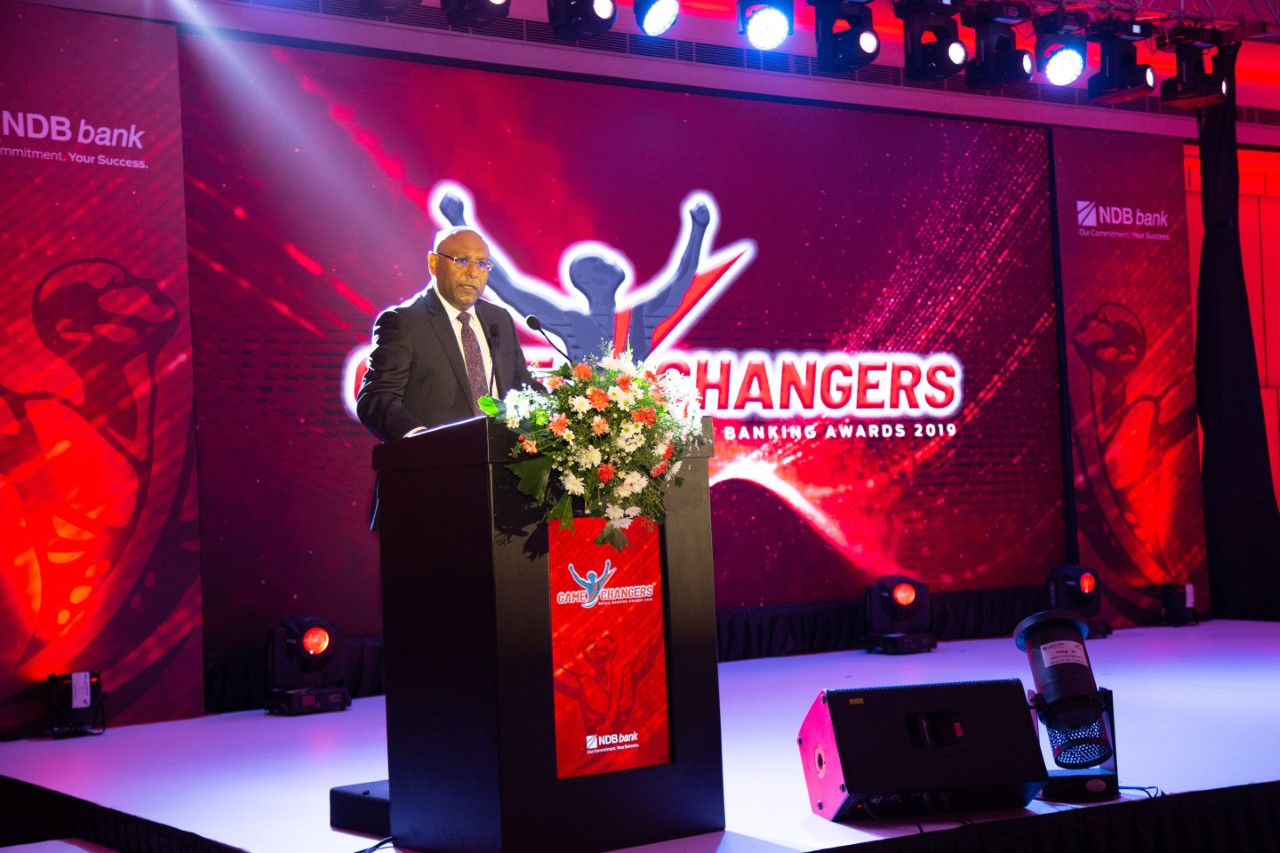 NDB recently held its Annual Retail Banking Awards 2019 to encourage and motivate the achievers of the bank. The event was held at Galadari Hotel, Colombo under the theme ‘Game Changers’.

The award ceremony was attended by NDB Bank’s Director/CEO Dimantha Seneviratne along with the leadership team, staff and winners of the bank.

The NDB Retail Banking Awards was introduced in 2007 to recognize the performance of the Retail Banking staff of NDB.  While the event itself gives prominence to recognizing performance against the targets for the preceding year, it also contributes in developing a competitive sales culture and also encourages performance and excellence through a predefined and agreed structure.  The NDB Retail Banking Awards has now become the most sought after event to attend by the NDB branch network staff of the bank. Now, in its 14th consecutive year, it has become one of the most spectacular events of the bank.

The Bank, which is the 4th largest listed bank in Sri Lanka, is one of the fastest growing banks, having had a cumulative average growth rate (CAGR) in advances by 21% and in deposits by 25% in the last four years. The only financial service conglomerate in Sri Lanka, NDB Group is uniquely positioned towards assisting the growth and development of the Sri Lankan capital market provide its customers seamless access to the product and service offerings of all its group companies.