NDB Commemorates the Poson Festival with a Bakthi Geetha Recital 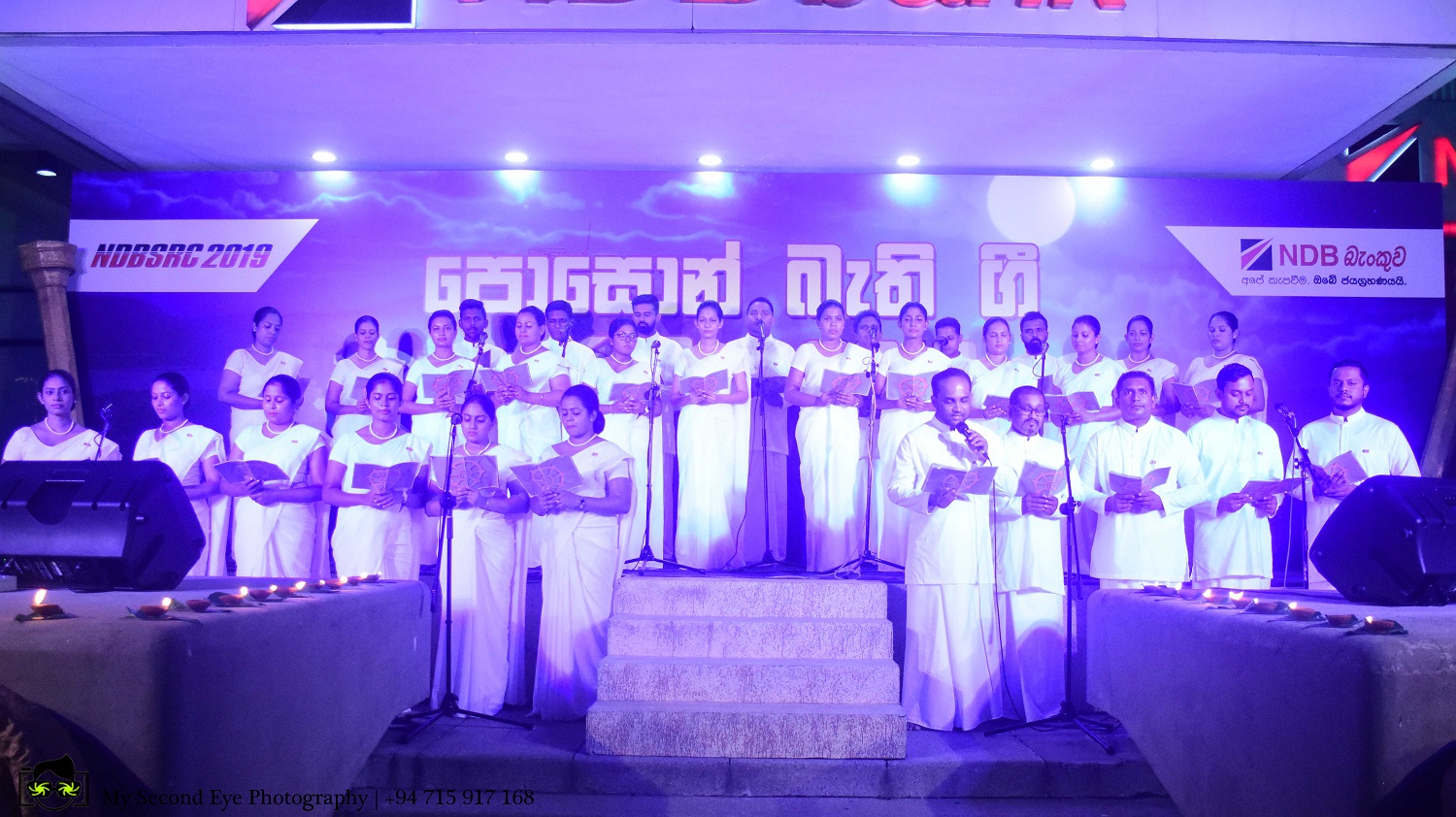 NDB’s Staff Recreational Club (NDBSRC) organized a Bakthi Geetha recital in commemoration of the Poson Festival. The recital was performed by the NDB staff members at the Nawam Mawatha Head-office premises. The music was directed and composed by renowned musician Visharada Tharanga Sampath Amarawansa.

The Bakthi Geetha recital was held under the patronage of NDB Director/ Group CEO Dimantha Seneviratne, senior members of the management and staff who graced the event. Through the recital the Bank commemorated the religious significance of the Poson Festival. The evening was then followed by refreshments for all who attended.

The NDB Staff Recreational Club often organizes such events in order to encourage the Bank’s employees, their spouses and families to be a part of the Bank via its many recreation activities. The Bank’s ultimate goal is to ensure employee satisfaction to the maximum.

NDB Bank which is the first and to date the only corporate in Sri Lanka to officially be certified with EDGE Certification, the leading and only global certification for gender equality at work place, is the parent company of the NDB Group, one of the fastest growing financial services conglomerates in Sri Lanka. The Bank was recently recognized by various awarding bodies for its remarkable achievements. Among the notable awards won were; ‘Best Domestic Bank in Sri Lanka for 2019' by Asiamoney Magazine, 'Bank of the Year in Sri Lanka 2018’ presented by The Banker UK, 'Best Bank in Sri Lanka 2018' by Global Finance Magazine, USA, and Winner - Banking Category at the National Business Excellence Awards of the National Chamber of commerce Sri Lanka.

From its inception, the NDB Group which includes NDB Bank, NDB Capital, NDB Investment Banking, NDB Wealth, and NDB Securities has been a catalyst in the development of the nation, strengthening and empowering entrepreneurs, corporates and individuals from all strata of the economy. Customers across all group companies have benefited from the product and service offerings of the NDB Group.