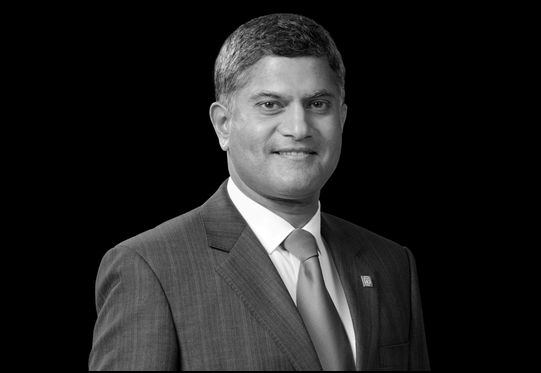 Veteran banker and current independent non-executive director Sriyan Cooray will take the helm as the Chairman of National Development Bank PLC with effect from 1st July 2022.

Mr. Cooray succeeds outgoing Chairman Eshana de Silva who tendered his resignation from the post last week for personal reasons having steered the bank through the challenges brought on by the pandemic during the past 2 years.

He has also served in the capacity of Acting Chairman of NDB on multiple occasions during his current tenure on the NDB Board.

An accomplished banker with 28 years of experience at HSBC, having served 25 years on its Executive Committee, Acting as the Bank’s CEO on numerous occasions, Chairman of the Management Committee of HSBC which comprised the bank's second tier management, and on many internal committees of HSBC including the Assets and Liabilities Committee, Human Resource Policy Review Committee and HSBC's IT Steering Committee. He also served as chair of the industry technical advisory committee in 2015/16 while at HSBC.

His last position at HSBC was as the Chief Operating Officer Sri Lanka and Maldives, which position he held since 2007. Mr. Cooray brings with him a diverse experience ranging from Finance, Operations, Compliance, Administration and Retail Banking at HSBC.

With his extensive hands on experience in the banking industry, especially around operations and IT, Mr. Cooray will no doubt be of immense value to NDB in steering the strategic direction of the Bank, as it and the industry as a whole seeks to navigate these turbulent times.

Prior to joining HSBC, Cooray was Financial Controller of Speville M and W Ltd. (1987 – 1990) and prior to that engaged with KPMG Ford Rhodes Thornton and Company, Chartered Accountants.

He is a fellow of the Chartered Institute of Management Accountants and has gained a wealth of expertise from the widespread executive development programmes offered by the HSBC Group. Sriyan Cooray is also currently an Independent Non-Executive Director of Orient Finance PLC. Having represented the country in rugby, Mr. Cooray is still actively involved in sports administration and is a keen advocate of the development of sports in Sri Lanka.

NDB Bank was awarded the “Best Bank in Sri Lanka 2022” for the second consecutive year by Global Finance Magazine USA and “Best Digital Bank 2021” at the Asiamoney Best Bank Awards for Sri Lanka in addition to being named the “Most Awarded Corporate 2021” as per LMD ranking. NDB is the 4th largest listed bank in Sri Lanka and the parent company of the NDB Group. The only financial services conglomerate in Sri Lanka, NDB Group is uniquely positioned towards assisting the growth and development of the Sri Lankan financial market to provide its customers seamless access to the product and service offerings of all its group companies.