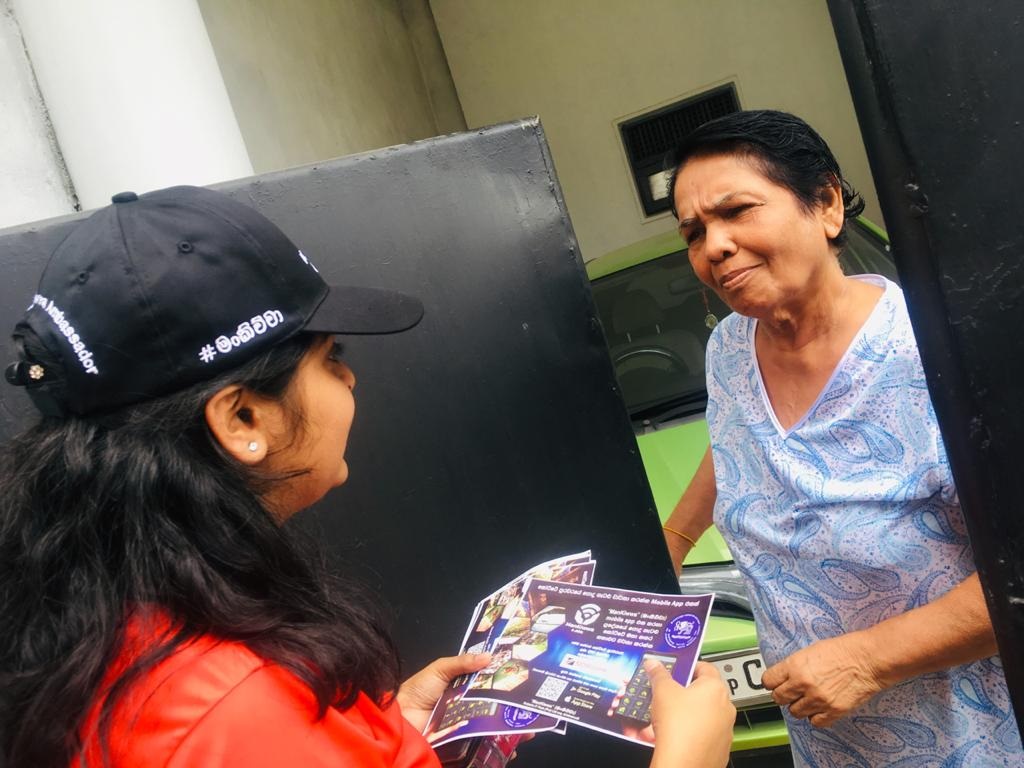 Environmental degradation occurs daily in Sri Lanka on a wide and unprecedented scale. Citizens face numerous issues due to environmental pollution with no proper mechanism to bring this to the attention of the relevant authorities. Day to day environmental concerns such as garbage dumping, dengue breeding hot spots, broken sewage lines, blocked canals, broken roads, blown street lamps, etc. are issues faced by Sri Lankan citizens on a daily basis. In most instances these issues are not reported to the relevant authority since the process is time consuming or they do not know how or where to report such issues. This communication gap results in delays in solving the issues or no solution at all.

The Bank’s Volunteer Team comprising of the Legal, Retail Credit, Risk, Credit Review and Recoveries Departments identified this issue and partnered with the Kotte Municipal Council and the Biyagama Pradeshiya Sabha to provide a Digital Solution to the citizens in these areas, through the revolutionary ‘ManKiwwa’ Mobile App.

The ‘ManKiwwa’ Mobile App is a ‘free to use’ App which is a ‘location based incident reporting system’ which the public can use to report environmental issues such as illegal garbage dumps, blocked canals, dengue hotspots, broken roads, blown street lamps, fallen trees, broken sewages etc. The App can also be used to report personal emergencies and general incidents. The App was developed by Mr. Shohan Kulasuriya, the Group Director of Kubeira IT Park (Pvt) Ltd, who has won many awards for his innovative creation.

Over 130 NDB volunteers carried out several door to door awareness campaigns in the Kotte and Biyagama areas together with the Municipal Council staff raising awareness about the App, assisting citizens to download the App, instructing them on how to use the App and raising awareness on environmental conservation. The citizens were receptive to this digital solution which will enable them to report issues to the relevant authorities whilst remaining anonymous. Many citizens informed the volunteers that they faced many environmental issues on a day to day basis and had no means of reporting these promptly.

The App whilst promptly notifying the relevant authorities also has a tracking device and a dashboard where the complaints and progress of action taken can be tracked by the authorities. The App is available in all 03 languages and can be downloaded free via ‘Google Play Store’ or ‘App Store’. The users can capture an image or a video using the App and report the issue to the relevant authority/emergency service anonymously (unless they want to identify themselves). The App identifies the geo location of the incident/emergency and allows response monitoring for users and a host of planning, activating and response management features for authorities.

The NDB volunteers will continue to monitor the project throughout the year with staff members personally visiting these areas, reporting environmental issues they come across and following up with the authorities until the issues are resolved.

The ‘ManKiwwa’ App is a unique tool which would empower the citizens to conserve and protect their environment, enabling them to report any incidents immediately whilst empowering the authorities to act swiftly and solve these issues.

The long term impact of this project is immeasurable benefitting both environment and society. As a responsible corporate citizen, Employee Volunteerism is a key CSR Initiative in the Bank’s CSR agenda.

NDB Bank, which is the first and to date the only corporate in Sri Lanka to officially be certified with EDGE Certification (Economic Dividend for Gender Equality) is a premier retail Bank with over 113 branches across the island, serving millions of Sri Lankans through a host of financial services. From its inception, the NDB Group which includes NDB Bank, NDB Capital, NDB Investment Banking, NDB Wealth and NDB Securities has been a catalyst in the development of the nation, strengthening and empowering entrepreneurs, corporates and individuals from all strata of the economy. Customers across all group companies have benefited from the product and service offerings of the NDB Group.