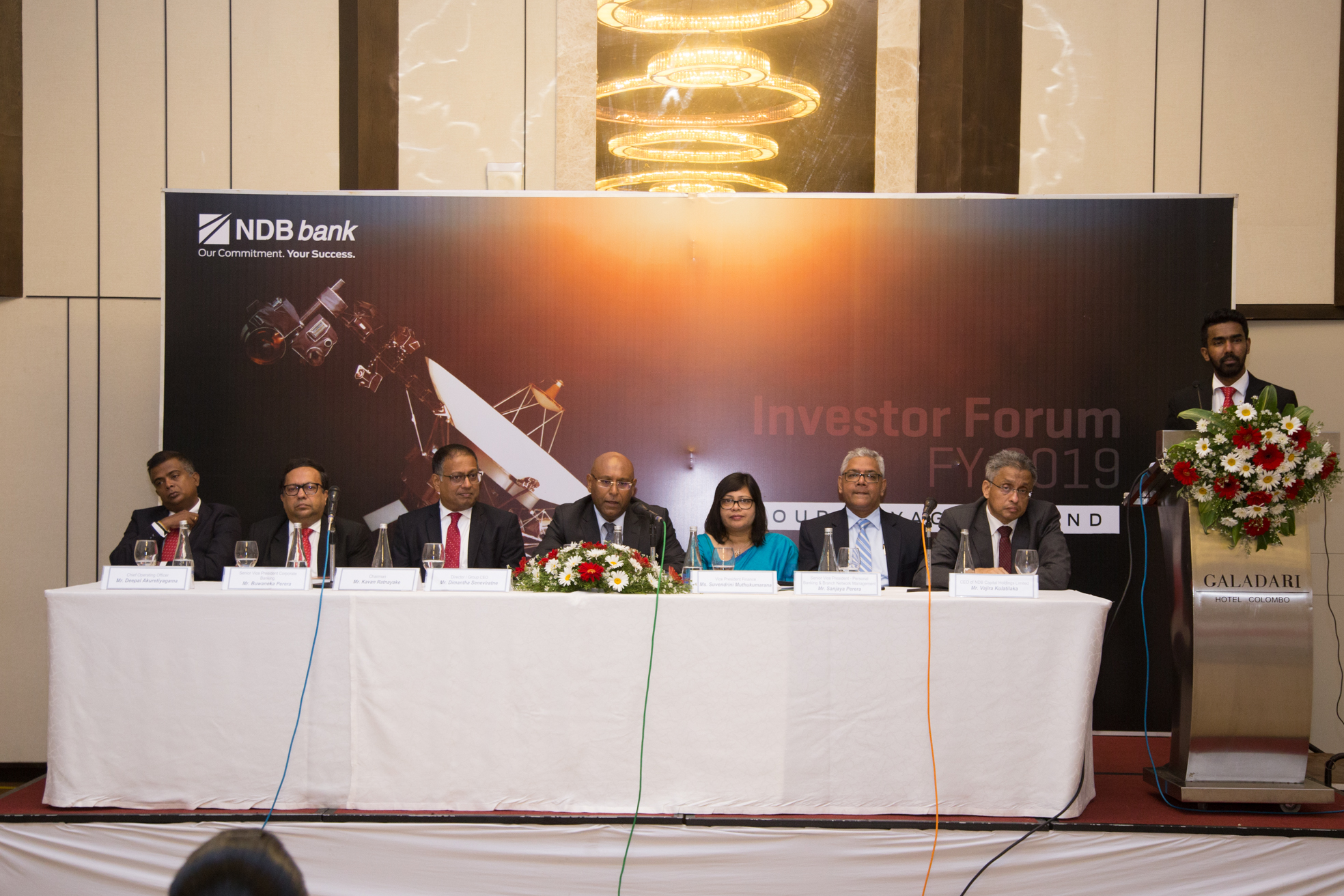 The Investor Forum marked the release of the Bank’s 2019 NDB Annual Report themed “Our Voyage Beyond”, to the Colombo Stock Exchange. Furthermore, the Forum also marked the Bank’s endeavours in facilitating discussions and access to management for the stock broking and investment analysts’ fraternity

In 2019, NDB recorded LKR 10 Bn profit before tax (PBT), the highest ever PBT in banking operations in its journey of 40 years. This is a 6% year on year [YoY] growth, affirming its resilience in a challenging market environment that prevailed during 2019. NDB’s Profit after Tax was LKR 5.1 Bn, a reduction of 8% over 2018, impacted mainly by the Debt Repayment Levy (DRL) which came into effect on 1 October 2018. The Bank paid additional tax of LKR 1,003 Mn via DRL. The Profit Attributable to Shareholders [PAS], including the performance of the Group companies was LKR 4.8 Bn, a reduction of 7%, over the comparative period impacted by the DRL and subdued performance of the capital markets cluster.

During 2019, NDB continued to be recognized with many awards for its excellence in a multitude of areas such as business performance, digital financial services, human relations, quality in financial reporting, sustainability aspects, etc. Some notable awards won were, Winner - Sri Lanka in the World’s Best Consumer Digital Banks Awards 2019 conducted by Global Finance of USA, Best Bank in Sri Lanka 2019 awarded by the AsiaMoney Magazine and the Runner-up at the Best Bank category at the National Business Excellence Awards organized by the National Chamber of Commerce of Sri Lanka for 2019.

2019 was a year of sustained growth for NDB as well as one in which the Bank demonstrated its proficiency in delivering results to all its stakeholders amidst highly challenging circumstances. The Bank’s rich history of 40 years, its committed and skilled human capital and the intrinsic strength of sound systems and procedures in place have positioned the Bank for further enhanced services to the nation and value generated to all stakeholders, in 2020 and beyond.