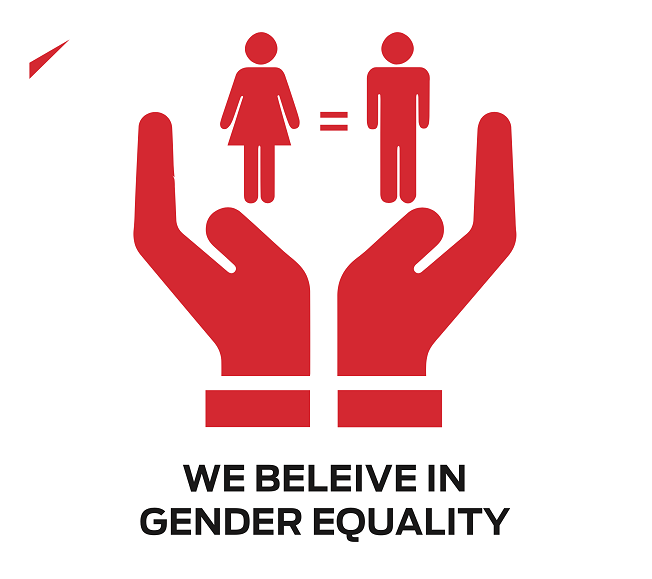 EDGE - Economic Dividends for Gender Equality - is the leading global standard for gender equality and has assessed NDB’s policies, practices, employee’s experience and the organization’s numbers in five different areas: equal pay for equivalent work, recruitment and promotion, leadership development training and mentoring, flexible working and company culture. As a result, NDB is the first company in Sri Lanka to obtain EDGE Gender certification joining more than 200 leading companies, in 50 countries and 23 industries.

NDB Group CEO Dimantha Seneviratne said “This exceptional recognition not only positions us as the employer of choice for both women and men, but it also makes us one of the most trusted and reliable partners for our customers, as multiple and diverse teams within our organization consistently deliver first-rate results.”

“As a Bank, NDB takes every effort to provide constant encouragement to women’s professional development and propel financial guidance for Sri Lankan women with a determination to grow their lives” the Group CEO continued. “At NDB, we are proud that women make up 39 percent of our overall workforce and 41 percent among our senior management.  Obtaining the EDGE Gender certification was a natural next step for us towards further improving and positioning ourselves not only as a ‘Women’s Bank of Choice’, but also as an ‘Employer of Choice’.”

Research shows that banks with a diverse workforce tend to have a better understanding and reach of the women’s consumer market, translating to women’s higher financial inclusion,” said Amena Arif, IFC’s Country Manager for Sri Lanka and Maldives. “We are thrilled that NDB, an IFC Banking on Women client and partner, has become the first Sri Lankan company to obtain the EDGE Gender certification, enabling it to deliver greater business impacts and serving as a role model for others to follow.”

Supported by IFC, a licensed partner of EDGE Gender Equality Certification, NDB’s workplace gender equality performance was assessed and evaluated against global and industry benchmarks. This included a review of NDB’s company statistics, HR policies and practices, as well as a survey of the over 2000 strong workforce. Following in-depth interviews, including with NDB’s HR professionals, the corporation has developed a set of follow-up actions that will continue to promote gender parity among NDB’s workforce.

NDB has made continuous efforts to empower women through various initiatives, significantly through SME and micro finance. Among others, NDB’s offering includes NDB Araliya which is not just a women's savings account but is also a platform which supports women who want to further develop their skills, health and knowledge whilst giving strength, security and confidence to realize aspirations in their journey of life. NDB has also joined a select group of leading employers in Sri Lanka who as part of the IFC-led SheWorks Partnership foster action and learning around a variety of employer-supported strategies, approaches, and policies to boost women’s private sector participation in the country. The SheWorks Sri Lanka initiative aims to demonstrate that corporate performance can improve from closing gaps between women and men in the workplace.

NDB Bank is the parent company of the NDB Group, one of the fastest growing financial services conglomerates in Sri Lanka, with the strategic mission to be the dominant leader in the financial services and banking sector. From its inception, the group which includes NDB Bank, NDB Investment Banking, NDB Wealth, NDB Securities, and NDB Capital has been a catalyst in the development of the nation, strengthening and empowering entrepreneurs, corporates and individuals from all strata of the economy. Our customers across all group companies have benefited from the product and service offerings of the NDB group.

EDGE Gender Equality Certification is the leading global assessment methodology and business certification standard for gender equality. The EDGE Gender assessment methodology was developed by the EDGE Certified Foundation and launched at the World Economic Forum in 2011. EDGE Gender Certification has been designed to help companies not only create an optimal workplace for women and men, but also benefit from it. EDGE stands for Economic Dividends for Gender Equality and is distinguished by its rigor and focus on business impact. The methodology uses a business, rather than theoretical approach that incorporates benchmarking, metrics and accountability into the process. It assesses policies, practices and numbers across five different areas of analysis: equal pay for equivalent work, recruitment and promotion, leadership development training and mentoring, flexible working and company culture. EDGE Gender Certification has received the endorsement of business, government and academic leaders from around the world.  For more information, visit http://edge-cert.org/.